Here you will find all the maths formulas for class 9. You can also download these formulas of class 9 in a PDF file and take the printout for fast practice. There are fifteen chapters in NCERT class 9 Maths book. We have included all the formulas for these chapters, including Numbers Systems, Polynomials, Linear Equations, Triangles & Quadrilaterals, Area & Volume, and other vital formulas.

The syllabus of maths for class 9 and class 10 is the same in most topics. But, you will learn the basics in class 9, and things will get a bit complex in class 10. If you are preparing for NTSE or STSE examination, you should clarify the basic concepts in mathematics. So, get all the maths formulas for the class 9 PDF from the download link below and start your preparation today.

You have already studied about number system in previous classes. Number systems Maths formulas for class 9 include important properties and formulas for Rational Numbers and Real Numbers. You have studied the rational numbers in class 8.

where p and q are integers and q≠0.

For the positive real numbers a and b:

Let a > 0 be a real number and p and q be rational numbers. Then,

We can find the zeros of a polynomial by equating them to zero. Hence, 1 in the above example is also the root of the polynomial equation, x2 – 1 = 0

Let p(x) be any polynomial of degree ≥ 1, and let a be any real number. If p(x) is divided by the linear polynomial x – a, then the remainder is p(a).

These are some algebraic maths formulas for class 9. You will study more of these formulas in next classes. However, if you want you can get more algebraic formulas by clicking here.

To locate an object or a point in a plane (Cartesian, Coordinate Plane), we require two perpendicular lines (Horizontal and Vertical). These lines are called coordinate axes.

Here are some other maths formulas for class 9 that include Lines, Angles, Triangles, and Quadrilaterals. You need to learn the properties and theorems alongside the formulas while practicing the geometrical problems. For example, you should know the difference between various quadrilaterals.

If two triangles, ABC and PQR are congruent under the correspondence A ↔ P, B ↔ Q, and C ↔ R, then symbolically, it is expressed as ∆ ABC ≅ ∆ PQR.

Area of Parallelograms and Triangles

Area of a Parallelogram = base x corresponding altitude (height)

In a cyclic quadrilateral,

Sum of either pair of opposite angles = 180o

This section contains all the mensuration formulas for class 9. You need to practice problems based on various shapes (cube, cylinder, sphere, etc.) to memorize these maths formulas.

It is the value of middle-most observation

It is the most frequently occurring observation.

There is only one exercise for Probability problems in class 9. This exercise will use only one basic experimental formula to find out the probability of a given event.

For example, if you throw a dice, then the probability of getting the six will be; 1/6. Here, the total trials will be 6 (there are 6 numbers in a dice), and the event can happen only once.

You will study Probability in detail in upcoming classes.

Q. How to memorize maths formulas for class 9?

Ans. As said earlier, you need to practice maths problems regularly if you want to memorize the maths formulas for class 9 or any other class.

Q. What are important maths formulas for class 9?

Ans. All the formulas are important; however, you should focus more on the algebraic identities and mensuration formulas for class 9. 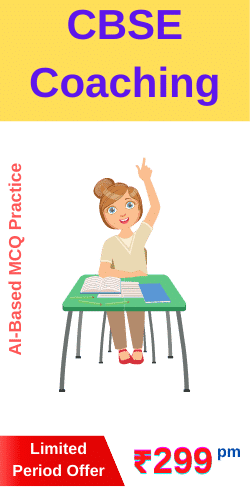